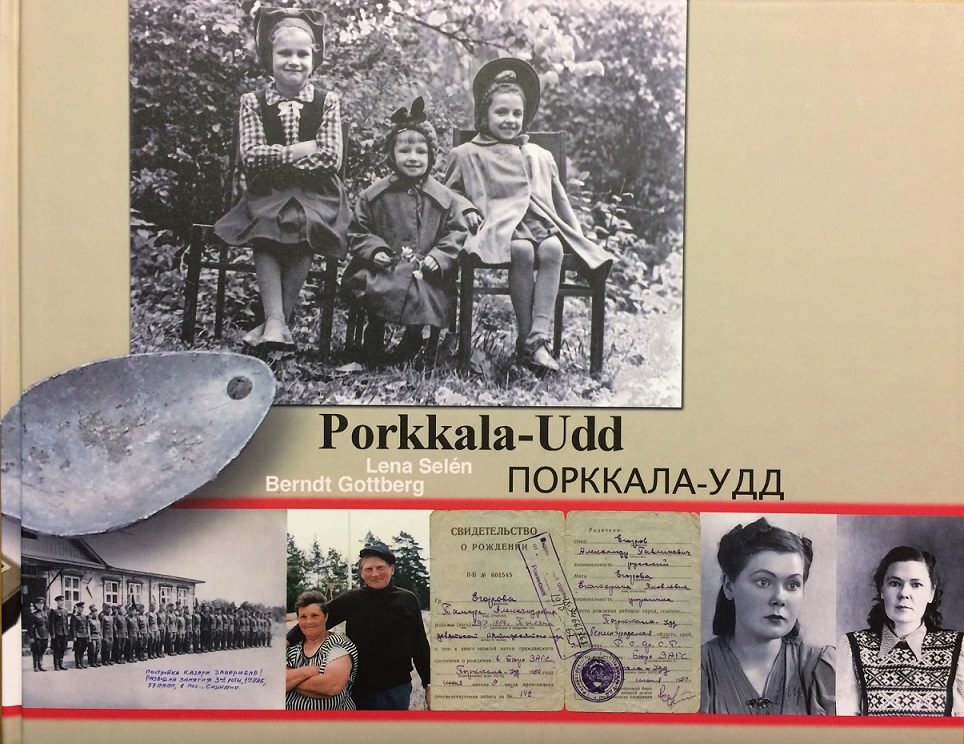 Thanks to the evacuation of the Porkkala district Brita found her husband from Karjaa. Marina from St. Petersburg travelled to her childhood home in Kirkkonummi. Hans from Helsinki broke his Russian rifle after hearing about the evacuation. Berit moved from Porkkala to Parainen and became Finland's largest strawberry producer in the 1970s. Tamara from Ukraine tells the story of a sandal. Karl and his family were deported from Estonian Eisma to Siberia.

The leasing of Porkkala 1944-1956 strongly affected the lives of many people. At the same time, there was a lot going on also on the other side of the Gulf of Finland. Unique pictures. Five languages: Finnsih, Swedish, English, Estonian and Russian.